A review of Fate Equals Not Destiny

Available in print from: Etsy

It’s been a while since I read any comics by some UK talent. You’ll find a variety of reviews of small press comics from the UK here on this site, particularly those you’ll notice have a certain Japanese influence. There used to be a lot more such reviews on this site in the past but I’ve removed reviews over the years pertaining to comics which no longer exist anywhere online, or offline. But anyway here’s one I liked and decided to write a review for.

The closest comparison I could draw in terms of outlook and plot is Yu Yu Hakusho, Touhou, Shaman King, that kind of thing. The story seems to borrow elements of various spiritual practices and constructs and isn’t strictly limited to Shinto despite being clearly influenced by it.

The protagonist protagonist dies early on in the story, but the reaper gives her a miss because even in the after life you can’t get the staff, so our protagonist ends up being recruited as a shinigami in Asgard (note the norse/shinto thing), her purpose from then on is to go collect the souls of the dead, the thing they forgot to do for her and the (after)life goes on.

I noticed a number of typographical errors throughout the pages.

The artwork of Fate Equals Not Destiny is a decent effort, and the art shows improvement over time, the covers and stand alone artwork look particularly good. The comic itself seems to have been created one page at a time over a number of years, this is not unexpected as drawing comics is a time consuming hobby in a world where we have less and less free time.

Fate equals not destiny is a work in progress with at least one completed volume in print so far with things likely to continue updating one page at a time into the future. It’s nice to look at, and covers some well known archetypes in manga while trying to do it’s own thing. But perhaps more than that this comic is a reminder to all those who create comics is that it’s never too late to start, and perhaps that sometimes the best way to approach it is simply one page at a time, day after day, year after year you have something to show for your effort. 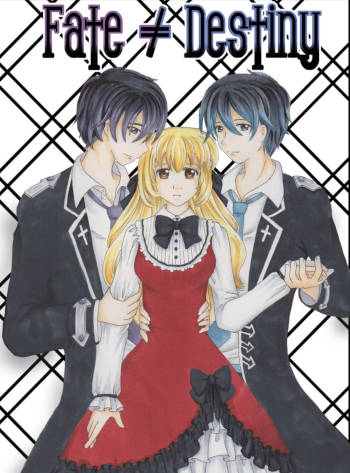 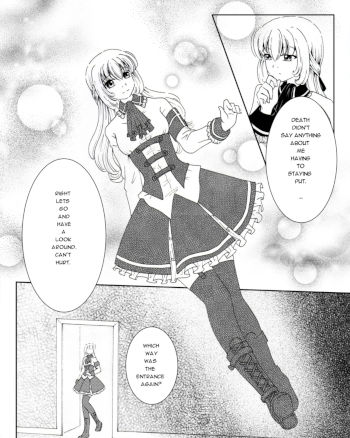 ALL IMAGES COURTESY OF DAWNIE-CHAN.