Hope is a manga about an aspiring shoujo mangaka (manga artist who makes manga marketed at girls). All dreams start somewhere and this story starts with the protagonist at school as she first discovers her love for drawing manga despite various challenges such as annoying students, ignorant teachers and less than supportive parents.

I guess even in a country with a large comics industry it’s not always considered a choice career. The story follows this fairly linear path moving up the ladder of life and dealing with ever more challenges to achieving her dreams. As the plot progresses things at times get a bit darker as we begin to reveal the potential rivalries and toxicity of the manga industry in Japan, another day another new comic to draw, sometimes stuff to draw again, and better watch out for bitchy rivals, bullying and plagiarism!

Yes even in the tiny UK scene that kind of thing rears it’s ugly head from time to time so in many ways I found these things not just there for dramatic effect but an actual realistic reflection of the way things can be.

I think most people myself included have at least considered what such a life would be like. Somewhere in my drawers there’s a folder with about 100 pages of comics I drew many years ago, so I can certainly appreciate the time and effort involved especially those who work alone.

What might have spoiled the comic for me is on occasion there are some elements of drama that are kind of out of the blue and over done some might even go as far to say unrealistic.

Volume 5 had a number of such scenes which I presume were done for dramatic effect but for me were over the top and slightly unnecessary in that they could have been toned down to be more realistic without killing the mood I can’t say much more without spoiling the plot but if you read it you’ll know exactly what I mean. Out of place describes this pretty well for me. Despite this I still enjoyed the story.

The art style is a fairly generic late 00’s – 10’s shoujo manga style that pervades much of the genre during that time frame. It’s pleasant enough nonetheless and has a decent amount of polish. I love the way this artist portrays the mangaka at work.

Just as she was inspired to draw I am inspired to write about this manga, in many ways it achieves its aim in offering hope to others’ it’s author has probably experienced many of the things she depicts herein.

This manga is a work of genius, and when I say genius it’s not because the artwork is the most fantastic ever (it’s a nice aesthetic nonetheless), or that it’s the best written ever (it’s got a few holes I can think of without trying too hard), it’s because this manga is emotive it makes you feel and it makes you think, the whole purpose of a shoujo manga is to convey a sense of emotion and this manga is exceptional in that regard, the good bits are very good indeed.

I think Keiko Suenobu really conveys and captures the essence of what it means means to make manga in general without even going into to many specifics about the manga industry in Japan, anyone who draws comics or ever drawn a comic the world over understands the time and effort involved that’s even without working with editors and deadlines and all that stuff.

I love stories about the trials and tribulations of creatives, and this had me from start to end.

It’s an emotional roller coaster to say the least, one of the most gripping manga I’ve read in a significant period of time. The good bits are good, but the bad bits do stand out however. 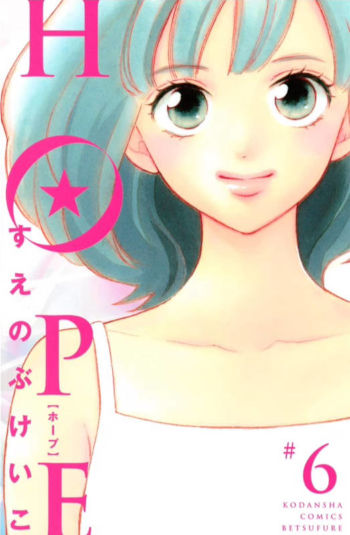 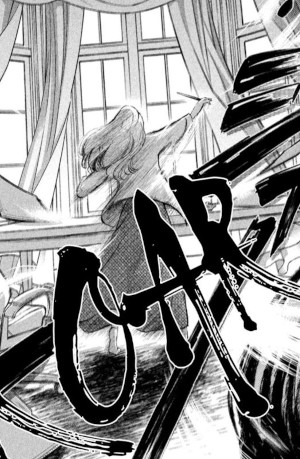